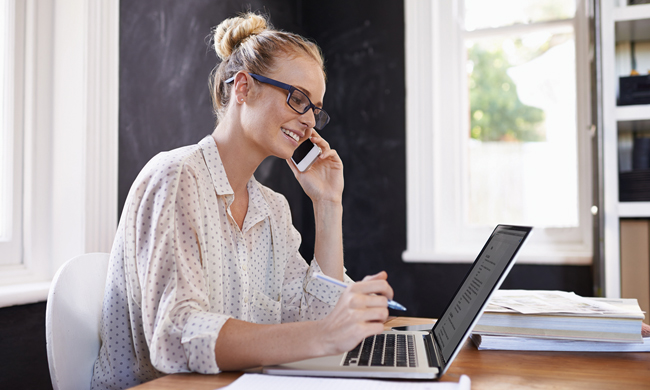 (Family Features) Working from home is a reality for a fast-growing portion of American workers. It can add flexibility, drive higher productivity and reduce company costs related to maintaining physical facilities.

However, it also comes with challenges. If you have worked from home, you have most likely encountered issues collaborating and communicating with colleagues in multiple locations. While there are multiple technologies aimed at helping remote workers and increasing their productivity, they can at times thwart it.

All too familiar with productivity, remote working woes and how to address it, CyberLink created U, a collaboration tool that integrates online presentations, video meetings and instant messaging whether working remote or down the hall from one another.

€œIt’s a place to hold online meetings, have presentations and chat with your colleagues that doesn’t come with the messy installation fuss and technical errors associated with other options out there,€ said Richard Carriere, CyberLink’s general manager and senior vice president of global marketing. €œIt brings the best of social media, such as emojis, ease of use and the flexibility to have impromptu interactions, to a business environment, in a unique way that heightens communication and collaboration across users.€

There are also technical difficulties workers can encounter when using the technology solutions of the past. Of office workers who said disruptions and working with a solution that’s incompatible with the demands of a remote workforce today had impacted their work, the most prominent included:

To help address these issues and others, all of U’s offerings create virtual counterparts to in-person scenarios, in turn allowing workplace culture, creativity and dialogue to resonate beyond the physical workplace and to all workers, despite location. Learn more at u.cyberlink.com .