A Better Capitalism by Elijah Kimball

Publisher’s note-I met Elijah a number of years ago and always liked his thinking. This article on “a better capitalism” is worth thinking on. I consider myself a compassionate capitalist, and this article speaks to the things that make our communities, our country, and our world a better place.

Those who self-describe as capitalists get a lot of criticism in the modern age. Along with images of robber barons and child labor, current perspectives are just as bleak: pictures of low-wage fast-food workers and companies seen to be favoring profits over people. The massive CEO-to-average wage earner disparity (ballooning from 20-1 in the 1950s to 354-to-1 in 2019) is another much-talked issue.

But it doesn’t have to be the only way it’s practiced. Though born in the Live Free or Die state, I am blessed to live in the Pacific Northwest. Nature here is almost unmatched in its beauty.

Is there an alternative?

We’re also home to two inclusive, if imperfect, capitalism examples: Winco Foods and Dicks Drive-In.
Winco started in 1967 in Boise, Idaho. Winco prides itself on providing low-cost, warehouse-style service. Think of a cross between Costco and Walmart. They don’t bag your groceries, outsource logistics, or even accept credit cards due to the processing fees. In turn, they charge low prices (think Market Basket or Aldi) and pass on those savings to their employees. In addition, in 1985, the company set up an Employee Stock Ownership Plan. Each worker receives company stock equal to 20% of their wage. This generous amount has led to hundreds of millionaire grocery clerks being current and former employees. Winco also provides 401(k) matching and other standard benefits for the industry. Is being a grocery clerk a glamorous job? Maybe not, but Winco shows the pathway to a middle-class retirement by its choice to be an employee-owned company that values its employees not only in words.

Dicks Drive-In (based in Seattle) is a classic Americana diner offering the classic trio of burgers, fries, and shakes. Dick’s provides a minimum wage of $19/hr. They also offer free healthcare, three weeks of minimum vacation, 50% 401(k), and a $9,000 bonus for education or childcare. In response to the current staffing shortages plaguing the entire labor market, they have even recently started paying employees overtime after 32 hours. With all these benefits, you might think Dicks is some super expensive west coast burger joint. The most expensive menu items are $5-6.

While these are only two examples, America has a strong tradition of inclusive capitalism. When George Washington charged his Secretary of State Thomas Jefferson with rebuilding the fishing industry after the War for Independence, Jefferson’s idea was a tax credit. They both insisted this credit be available only to those companies which offered profit sharing to their employees. Even the father of “trickle-down economics” himself, Ronald Reagan, spoke of broad-based capital ownership. In a speech to the Presidential Task Force on Economic Justice, he said, “I can’t help but believe in the future we will see in the United States and the broader Western world an increasing trend towards the next logical step, employee ownership. It is the path befitting a free people.”
The answer to predatory capitalism and socialism is a better, more broad-based capitalism. We need to encourage examples like Winco and Dicks Drive-In. It will take everyone from every walk of life wanting to build a better life for us all to make that dream a reality. 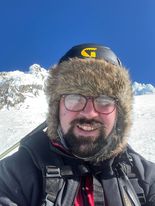 Writer Elijah Kimball–Born in NH, Elijah currently lives in Oregon. He has worked in the social services field for over a decade. In his free time he enjoys his time in the outdoors of the Pacific Northwest.

PrevPreviousDo Something Kind Today! Change Their World.
NextSomething Bothering You? Let It Go!Next